Another significant update to Google’s core algorithm was released last month. The company’s Twitter account, where the official list of all updates was posted, is used to make the announcement.

The initial update to the primary algorithm was made in May of this year, making this the second update in 2022. The announcement of the Helpful Content update on Friday, September 9th, was followed quickly by the release of this new update.

What is the September 2022 Update to Google’s Core Algorithm and how will it affect you?

The update to Google’s Core Algorithm is a change to multiple areas of the platform’s algorithm that was announced when the changes were made, and it is significant enough to affect marketers, particularly SEO experts.

The search algorithm is constantly being improved, but a change to the basic algorithm is usually more obvious to people who operate in the digital world. However, it is still unknown how this modification would impact search engine results pages, or SERPs.

The search results for your site (or the site of one of your clients) may vary whenever Google updates its search ranking algorithms, either for the worse or for the better.  It is crucial to monitor these Google updates because of this. It can explain the reasons why the ranks and ratings of your web pages will alter over the upcoming few weeks (without you not having changed anything to justify these changes).

What impact does the primary algorithm update have on the updating of Helpful Content?

An prominent SEO consultant named Glenn Gabe, made it clear that Google’s Helpful Content update is very small in terms of SEO but that it is a part of ongoing efforts as the company will continue to adjust and refine these changes. Notably, only 20% of SEO experts claimed to have observed any beneficial changes in content ranking.

He also gives a final piece of advice for SEOs that are concerned about upcoming adjustments.

“If there are no updates announced, but you notice a change in traffic, it makes sense to review all of our guidelines and advice. And if you think “hmm, maybe some of this content I have isn’t meeting what’s recommended about helpful content”, that’s a sign of what to work on.”

If you think your site has been impacted by a significant upgrade, Google has supplied a list of questions to take into account as a precaution.

I would not, however, consider this change in algorithm to have a significant impact on your digital strategy. These adjustments shouldn’t be too noticeable to you if you intentionally create high-quality content that adheres to Google’s standards.\

Yes, there have been some changes in the search results since the Google updates have been finished, but remain composed and  analyze the situation so that you can decide what to do.

And we strongly advise that you subscribe to Orange Web Group Content’s interactive newsletter, if you want to keep up with SEO best practices. You can find all the relevant trends in the world of digital marketing there. 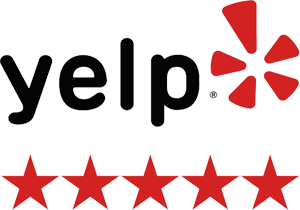